"A Prayer of Saint Benedict" is the fifth movement from Mark Templeton's "Missa Brevis".

The term "Missa Brevis" translates as 'short mass.' It is derived from the mass of the ordinary ("Kyrie", "Gloria", "Credo", "Sanctus", and "Agnus Dei") but with some movements removed. Many composers from the renaissance to the modern era have composed settings of 'short masses.' The nucleus of my setting, the "Kyrie", "Sanctus", and "Agnus Dei", is taken from the "Missa XVII Adventus et Quadragesima" (Mass for Advent and Lent). Each of these three movements includes an incipit (intoning chant) before each phrase mirroring the original chant. Regardless of differing performance practices, the diamond shaped notes of the incipits should be sung slightly faster than the round notes. All three movements contain changing meter but the measures have no written time signatures. This should help to visually create fluid chant-like phrases without always feeling a strong beat at the beginning of each measure.

The bookends of the mass, "Rex, Requiem" and "The Chorister's Prayer", are identical musically except for the Amen section of the latter. Both movements were composed in memory of a mentor and dear friend of mine, Dick Young. The text "Rex, Requiem", originally titled "Epitaphium Angilberti" (The Epitaph of Angilbert), was written by Angilbert (c. 740-814) for his own headstone. I have substituted the name Angilberti for the Latin translation of Richard, "Ricardus", to pay homage to my friend. Although this mass was not intended to be a requiem, the first movement lends itself to that genre. One can personalize the "Rex, Requiem" by replacing a different name as I did, or the movement can be omitted altogether.

The Anglican-chant style of "Psalm 23" and the anthem, "A Prayer of St. Benedict", compliment the overall ethos of the mass. All the movements are quiet reflective settings that can be sung individually but are best performed together. This "Missa Brevis" is suited well for a liturgical service and equally for a concert performance. The vocal lines are fluid, and the ranges are conservative making this an easily accessible work. Your choir will thoroughly enjoy singing this reverent setting. 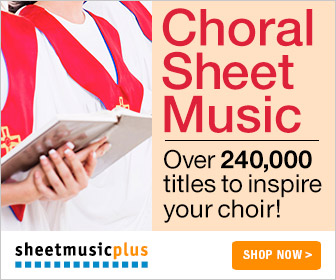 Not a Member? You Can Purchase Individual Digital Downloads

Bring your voice to the next level and become a Choral Tracks member. You'll have full access to the highest quality, professionally sung rehearsal tracks (15,000+ pieces of music!), the ability to practice everywhere you go, and more.

Learn More and Become A Member

You don't have permission to watch movie

Enjoy watching movies at the tip of your fingers! Just click